CPC’s service area is defined as western Riverside County and southwestern San Bernardino County; adjacent to the Los Angeles metropolitan area.  This region is better known as the “Inland Empire.” Education is one of the keys to sustained, long-term economic progress and prosperity in the Inland Empire.

Spanning more than 27,000 miles and home to over 4.5 million people, the region is one of the fastest-growing metropolitan areas in the country. Economically vital to the state, the Inland Empire has seen rapid population and economic growth in recent years, thanks in large part to the region’s thriving logistics industry, which links the Ports of Los Angeles and Long Beach to the rest of the country.

However, despite positive trends in job creation and poverty reduction, the region persistently lags behind the state in educational attainment.

Only about one-in-five Inland adults aged 25 and older holds a bachelors degree or higher, compared to nearly one-in-three statewide. According to 2016 American Community Survey data, while 32.9 percent of Californians aged 25 and older held at least a bachelors degree, higher than the national average of 31.3 percent, the figures were 21.8 percent in Riverside County and 20 percent in San Bernardino County.

Such disparities have predictably contributed to higher poverty rates among Inland residents relative to the state and national average. It’s a state of affairs that poses long-term risks to the economic well-being of large segments of the population. 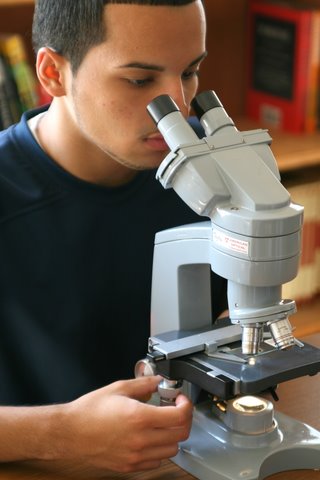 Nearly half of Inland residents 25 and older have attained only a high school education or less: 45.2 percent in Riverside County, 47.6 percent in San Bernardino County, compared to 38 percent statewide.

“These are the workers most threatened by the automation of blue collar/technical and lower skilled jobs,” as economist John Husing explained in his recent Quarterly Economic Report for the Inland Empire Economic Partnership.

According to estimates by the Institute for Spatial Economic Analysis at the University of Redlands, jobs requiring a high school diploma or less face a 70 percent or higher probability of being automated in the next 20 years, developments which would have significant impacts on the Inland Empire if current demographics hold constant.

In addition to mitigating the impact of automation in the region, a June report from the Public Policy Institute of California noted that growing the number of college graduates in the Inland Empire will be essential for statewide economic well-being. Arguing that current college graduation rates are insufficient to provide the number of educated workers needed by 2030, researchers noted that while the Inland Empire awards 14 percent of high school diplomas in the state, it only produces 6 percent of the state’s bachelor’s degrees.

Not enough Inland graduates are going to college, for a variety of reasons. One problem is that high school graduates in the region are less likely to have completed and passed the A-G required courses which make them eligible for admission to Cal State universities or the University of California system. In 2016, only 44.3 percent of graduates in Riverside County and 37.6 in San Bernardino County graduated eligible for CSU/UC admission.

But even many who do graduate eligible for admission to state colleges simply aren’t applying or going to college, or they drop out at some point along the way. Ann Marie Allen, senior director of the Growing Inland Achievement initiative, is studying why that is in an effort to improve outcomes in the region. While research is ongoing, Allen argues the region has to undergo a cultural shift to encourage more students to go to college. “Many of our families don’t believe college is available and affordable,” she said.